Pioneer and portal figure are two attributes often used too lightly. Sometimes it's all the more difficult to avoid them. In 2001, Mats Karlsson was named the world's first Professor of Pharmacometrics. Twenty years and 400 scientific publications later, he has no plans to reduce his efficiency.

For every new and unexplored direction, someone must take the initial step. Some pioneers draw the map before the ship has even left port. Others work more methodically and often with greater success. In 2001, Uppsala University named Mats Karlsson the world's first Professor of Pharmacometrics. At the time, not even the faculty neighbors at the Biomedical Center knew exactly what their new colleague would be doing. Twenty years later, the field is an established success factor in international pharmacy.

“As a young pharmacist, I immediately took interest in pharmacokinetics and how drugs are metabolised in the body. At that time Scotland was the European Champion in the field so I arranged to do a postdoc there. My next stop was California that was even further ahead before I returned to Sweden and Uppsala. Here at home, some companies had only just begun to look at the nearby field of pharmacometrics, and when Pfizer a few years later offered to co-finance a Professor in the subject I never hesitated,” says Mats Karlsson. 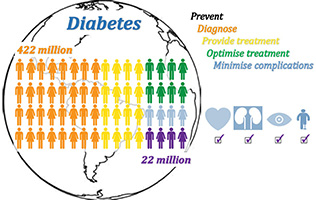 Pharmacometrics can be described as an interdisciplinary arena where researchers use a diversity of data to build mathematical models in order to accelerate the development and optimise the dosage of drugs. The result - fewer misinvestments, more effective treatments and less side effects - generates as great value for the individual patient as for society and the pharmaceutical industry. Recently, the European Medicines Agency, together with a number of companies, calculated the economic importance of pharmacometrics. The amounts turned out almost astronomical, but at the beginning of the millennium the industry was not quite as convinced.

“Like all new ideas, pharmacometrics was met with initial skepticism. In the first years, I devoted many and long meetings to convince financiers and potential partners that this was indeed something to build on. The skills supply was another tough nut and education became a high priority early on. Today, the playing field is totally redrawn: In principle, each pharmaceutical company has its own department for pharmacometrics. Authorities around the world use our tools for decision basis. Nevertheless, there is plenty of unutilised potential,” says Mats Karlsson.

The pharmacometrics environment at Uppsala University still lacks equivalent in the academic world. To date, more than seventy PhD students have defended their dissertations in the corridor that today is the workplace for some forty pharmacists, chemists, biologists, system developers and statisticians. The laboratory is both interdisciplinary and international - and it is a melting pot that delivers. A search for Mats Karlsson in the PubMed medical database generates 400 scientific publications. A slightly phenomenal figure, and one can’t help but wonder which contribution the author himself values the most?

“The fact is that the vast majority of our results, software and models reach far and are cited quite frequently. The users are found in both healthcare, industry, authorities and academia, and if I am to highlight something in our scientific output that I am extra proud over, I would have to say the scope. And of course I also have to mention the consulting company we developed as a spinoff from our environment where approximately seventy of our former colleagues are working with a focus on industry.”

With the expansion of pharmacometrics, Mats Karlsson's network has branched out around the world. The European meetings that a few years ago barely gathered fifty-something enthusiasts is today crowding the large congress halls. The research team conducts scientific collaborations across several continents and their educations are sought-after resources of knowledge - at this very day, a department at the US Food and Drug Administration has had the privilege to take part in an online lecture directly from Uppsala. Still, Mats Karlsson seems to be a very rare sight in the press. After some effort, Google locates an interview in the Swedish magazine LäkemedelsVärlden dated 2003. After that, he remains invisible until 2015 when a short notice pay attention to his 30 years of service at Uppsala University.

“I assume that is pretty accurate, since I made an early decision not to engage in contexts of popular science with other members of our group being far more skilled in that aspect of the work. But with that said, I am more than happy to focus on communication and outreach activities. I love teaching and prioritise being a present and available supervisor  for my PhD students. Sometimes I don’t settle for the weekly touch base and end up following them with my whiteboard for improvised discussions.”

Recently, however, the spontaneous meetings with group members have been put on hold. As if pandemic restrictions were not enough, Mats Karlsson's new assignment as head of department has effectively occupied the last gaps in an already well-filled calendar. With a recent re-organisation on top, working days often turn into evenings before the computer goes to sleep, but hopefully the department will soon fit its new suit. Still, after twenty years, pharmacometrics is where the heart is.

“Our field offers almost unlimited opportunities. Right now, we are focusing on rare diseases such as Alzheimer's and Parkinson's, where healthcare receives enormous amounts of patient-reported data, but lacks the tools to fully utilise them. We can also see how health economists are approaching pharmacometrics, which is opening several interesting doors. The advances in precision medicine means additional need for methods to extract knowledge from biological data. In short, I am just as inspired by this field today as when I first discovered it, and hopefully we have many more scientific contributions ahead of us.”